Stick to what works

No-one likes to make life difficult for themselves, and that is as true for fire protection systems engineers as anyone else. So says Monte Dumke of Automatic Building Controls (ABC) Inc., a leading commercial fire alarm provider based in Sioux Falls, South Dakota. It therefore makes sense to stick with a reliable solution for smoke detection when you find one. This is one of the reasons that, after over 35 years in business, ABC regularly uses FFE’s optical beam smoke detectors in a wide range of projects, from school gymnasiums and churches to hydroelectric power generator rooms and state-of-the-art event spaces.

It would not be accurate to describe smoke detection as a black art, as the design of systems using the various detector technologies available is carefully documented in standards and codes, but it is certainly very dependent on the application. And one of the most challenging applications is detecting smoke inside a large building, where the smoke concentration can be diluted massively by the sheer volume of air. However, this is where optical beam detectors come into their own, as they benefit from a very long pathlength (up to about 320 feet) which allows much lower smoke concentrations to be detected than with point detectors.

In addition, beam detectors have the advantage of being very discreet compared to other systems. By way of comparison, even if you are able to hide the pipework needed by air-aspirating systems, there is still the issue of the multitude of air sampling ports to consider when deciding how to blend the system into the building’s architectural design.

At the end of the day, though, convenience carries a lot of weight when making design choices. Convenience saves time and, as we all know, time is money. When ABC designs fire protection systems, they know that the system will be installed using their drawings by a qualified electrical contractor while the building is still under construction. ABC then come to the site to commission the system at the end of the project, by which time the opportunity for modifying the design will have either passed, or to do so will be costly. So, the simpler the system is to install, the better.

ABC has had a lot of positive experience with the Fireray 5000 reflective beam detector from FFE. They appreciate the fact that, when installing, the contractors only have to supply electrical power at one end of the beam. Equally importantly, the other end only requires a reflector to be mounted, and a simple laser pointer is all that is needed to find the perfect spot. “The contractors who install the system never power it up, but they still manage to mount the reflector so that it’s a simple matter to align the beam correctly during commissioning. That is a huge help to us,” says Monte.

In addition to very large spaces inside buildings, another application in which FFE’s beam detectors excel is in protecting buildings with high ceilings. For example, ABC often fits them in churches, pointing the beam along a line from the balcony to the altar, but high enough that it is never noticed by the congregation – after all, aesthetics are important in such places. On other occasions, the beams need to be high up to prevent physical obstruction by the activities in the building. This was an important consideration when fitting a smoke detection system in the generator room of the Gavin’s Point hydroelectric power station, on the state border between Nebraska and South Dakota. The room was very long (300 feet), which would have been expensive to protect using point detectors, so beam detectors were a cost-effective option. However, the detectors needed to be mounted high enough so that the movement of machinery around the room didn’t block the beams and cause false alarms.

Installing and maintaining detectors that are mounted at height can be a headache. There’s no way around the installation – you normally need to use a lift to reach the required mounting locations – but ABC is very pleased that the Fireray 5000 has a UL-approved test routine available that can be run from a controller mounted at ground level. In fact, each controller can monitor and test up to two beams. “Thanks to this test, we seldom have to hire a lift to perform preventative maintenance on the systems,” enthuses Monte. “And we normally don’t have any need to get up there to clean the optics either.” That is in part thanks to innovative software algorithms that can compensate for the build-up of dust on the detector and reflector.

The importance of having options

One of the most high-profile projects that ABC have completed in recent years was for the Denny Sanford PREMIER Center in Sioux Falls. This is a multi-purpose venue for holding sporting events, concerts and conventions. It was built in 2014 as an extension to the existing Sioux Falls Convention Center and Arena, and ABC won the contract to provide the smoke detection system. They elected to install Fireray 5000 beams in the main auditorium, at a height of no less than 105 feet above the ground. “Luckily, there is a walkway around the building at this height, which helped a lot with the installation,” Monte recalls. “I don’t know how we would have got up there using a lift otherwise!” 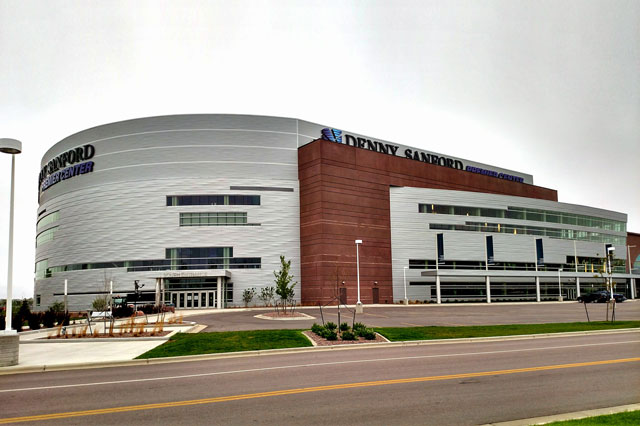 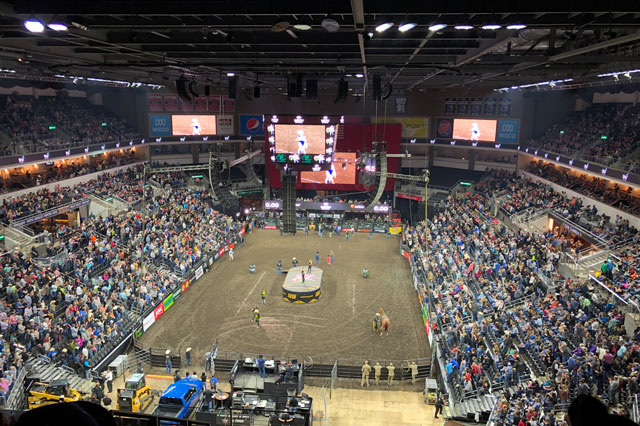 Inside the main auditorium [GassDaddy69, CC BY-SA 4.0, via Wikimedia Commons]

During the building of the PREMIER Center, the alarm systems in the older parts of the complex were also refurbished, and ABC was involved here as well. The convention center presented a few challenges. The area around the roofing joists in the main hall were the obvious location for installing smoke detectors, but they had become cluttered over many years with various building services and structural features, meaning that only a very narrow unobstructed pathway was available for the beams to pass through. For this reason, it wasn’t possible to use a reflected beam, because there is always a certain amount of divergence as the beam passes back and forth across the space. However, the problem was easily remedied by using FFE’s Fireray 3000 end-to-end detectors, where the beam only passes across the space once and the alignment can be completed within much tighter tolerances.

Another area of the refurbished convention center threw up a different technical challenge. The shape of the ceiling above the lobby meant that the optimum location for a detector, the apex where smoke will accumulate, was where the ceiling meets the front wall. However, the lobby faces approximately south-east and contains several very large windows which, depending on the time of day and the season, allow the sun to shine straight into the interior. This caused a fault with the Fireray 5000 detectors because the sunlight sometimes swamped the signal from the reflected beam. Once again, the end-to-end variant came to the rescue as the beams could be aligned more precisely and, because they are not diffused by reflection, their signal was not overwhelmed by the sunlight. In the end, ABC elected to use Fireray 3000 detectors only in the convention center, and twelve beams were installed at various locations throughout the building.

In general, ABC finds FFE’s optical beam smoke detectors to be excellent choices for a wide variety of applications, and they recommend them whenever possible. “In many situations, especially for large interior spaces, they are simply the best technical solution,” says Monte. “And with the convenient installing and aligning, which rarely gives us any issues, and the simplicity of testing, it all adds up to a very attractive option that we use whenever we can.” 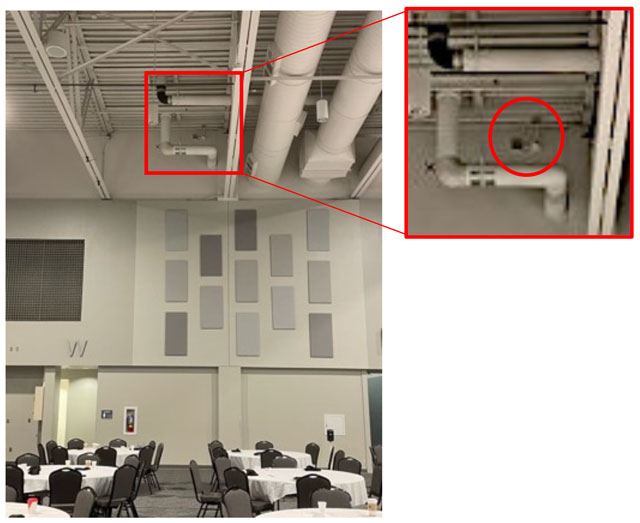 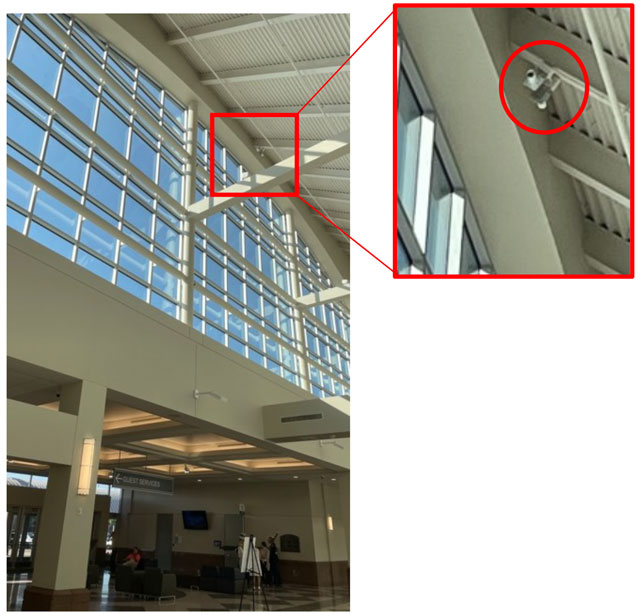 Do you have an interesting project with Fireray or Talentum detection? Contact us at marketing@ffeus.com and we can help write and publicise it.